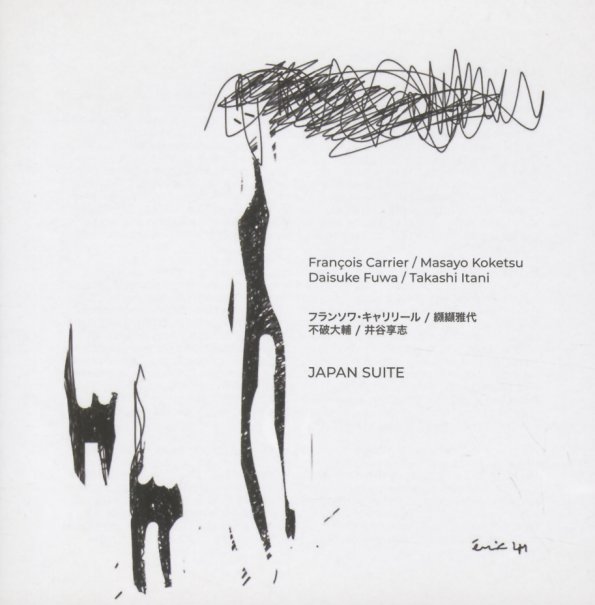 Not a suite as in the sense that you might guess from the title – nothing composed, no overarching master idea – as instead the set features a series of improvisations all recorded in Saitama – featuring a group with both Francois Carrier and Masayo Koketsu on alto saxes, plus Daisuke Fuwa on bass and Takashi Itani on drums and percussion! The alto interplay is pretty great, and pretty fierce at times – and titles include the 25 minute long "Uchi Soto" – plus "Ogose", "Yuzu", "Kaze To Kumo Ni Noboru", "Rakuyou", and "Kacho Fugetsu".  © 1996-2021, Dusty Groove, Inc.