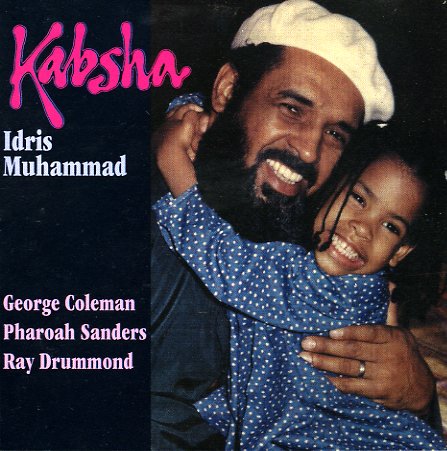 Fantastic work from the legendary Idris Muhammad – the funky drummer who first rose to fame making breakbeats with Lou Donaldson in the 60s, then recorded some hip soul-based records in the 70s – here really getting back to basics with a set of soulful, spiritual small combo jazz! The record is a beautifully stripped-down session – with Muhammad playing un-funky drums, Ray Drummond on bass, and either Pharoah Sanders or George Coleman on tenor sax. The best tracks are long and lively – with Muhammad dancing out across the drum kit, filled with joy and life, exhibiting that rare straight jazz quality that he only brought to a few recordings, most notably his contemporary sides with Pharoah Sanders. Titles include a great remake of Jack McDuff's "Soulful Drums", plus "Kabsha", "Little Feet", "St M", and "GCCG Blues".  © 1996-2022, Dusty Groove, Inc.
(Limited edition 180 gram pressing!)