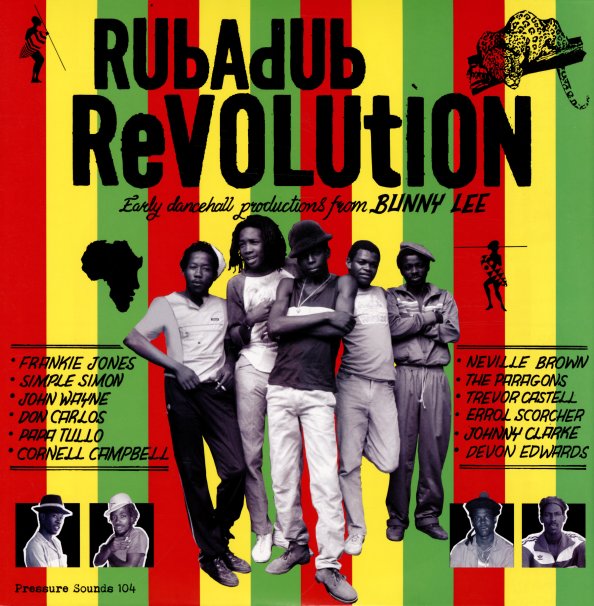 Sweet early 80s tracks from the legendary Bunny Striker Lee – work that shows him stepping effortlessly into the dancehall modes of the time – still a master of rhythm, and of finding the right sort of talents to add to his sound! The package features a nice mix of bigger names and up-and-coming talents – and also includes a number of unissued tracks from Bunny's archives, which fit perfectly alongside the singles in the set – music that's mostly in a late roots-into-dancehall mode, instead of some of the bigger, more commercial work that would circulate under the dancehall name a few years later. As always with Pressure Sounds, the presentation, sound quality, and notes are great – and titles include "Gun Fever" by Frankie Jones, "People Cruel (12" mix)" by Cornell Campbell & Errol Scorcher, "Lay Down Flat" by Devon Edwards, "Revolution Fighters" by Simple Simon, "Too Popular" by Trevor Castell, "Babylon No Badda Haul & Pull Me" by Devon Edwards, "A Place Called Zion" by The Paragons, "The Right Time (12" mix)" by Neville Brown & John Wayne, "Bandulo (12" mix)" by Cornell Campbell & Scientist, "Know Yourself Mankind" by The Paragons, "Lazer Beam (12" mix)" by Don Carlos & Papa Tullo, and "I Man Come Again" by Johnny Clarke.  © 1996-2022, Dusty Groove, Inc.