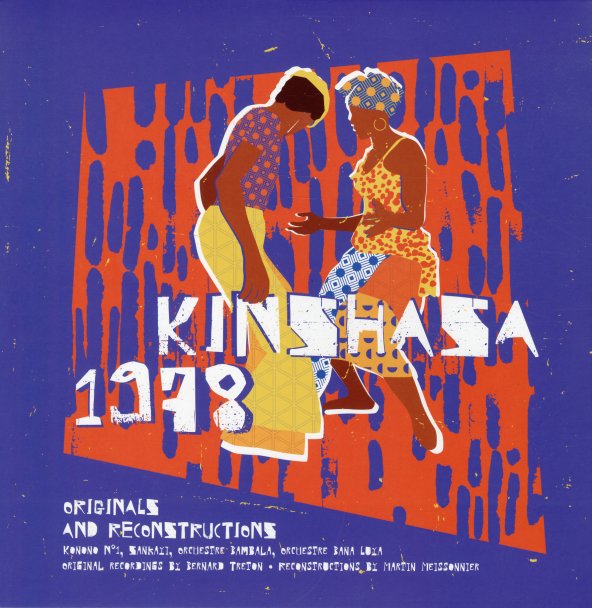 A really cool idea for a record – one that first features unreleased tracks recorded in Kinshasa in 1978, on a special bonus CD – then adds in vinyl versions of reworks of the original recordings done for the project! The originals are fantastic – very percussive and melodic at the same time – with a raw quality that's completely wonderful, and which really shows the special sort of vibe that was going on in the city during the period. Konono weigh in with a fantastic early cut – "Kin 78 One" – and other tracks include "Kin 78 Four" by Sankayi, "Kin 78 Three" by Orchestre Bambala, and "Kin 78 Two" by Orchestra Bana Luya. The reworks are all handled by Martin Meissonnier, and mix the original sounds with touches of contemporary elements – yet never in a way that sounds too electronic – maybe more in a spirit that tries to imagine what the originals would sound like if recorded today. Titles include "Il Ne Faut Pas Intervenir" by Sankayi, "Roots Of K" by Konono No 1, "Animation" by Orchestre Bana Luya, and "Animation Kifuti" by Orchestre Bambala.  © 1996-2021, Dusty Groove, Inc.