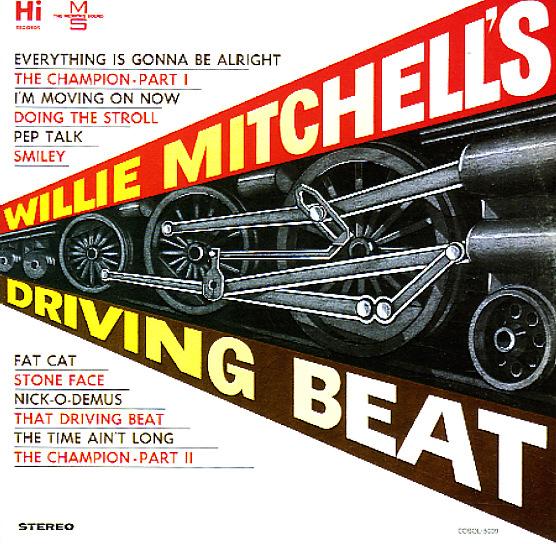 A killer from Willie Mitchell – harder, funkier, and a lot more soulful than most of his other records from the 60s! The groove here is sock-soul, and most cuts have a hard and tight funky 45 approach. Willie was really cut loose on this one – freed from his usual standard of recording hits and pop songs, he wrote all the songs on the set – and they're heavy Memphis instrumentals with a sound that's much more like 60s Bar Kays work on Stax! There's a great sax player on the session, too – not named in the notes, unfortunately, but with a sound that really wails on the best tracks. Titles include "Fat Cat", "Pep Talk", "That Driving Beat", "The Champion (parts 1 & 2)", "Nick O Demus", "Everything Is Gonna Be Alright", and "Stone Face".  © 1996-2022, Dusty Groove, Inc.

Malebox
Dark Entries, Early 80s. New Copy
LP...$18.99 22.99 (CD...$10.99)
A whole host of rare tracks from electro maestro Patrick Cowley – all of them the sort of grooves that were burning up dancefloors in San Francisco in the years before Cowley was taken from us all too soon! These numbers are all clubby instrumentals – post-disco, pre-house – but ... LP, Vinyl record album