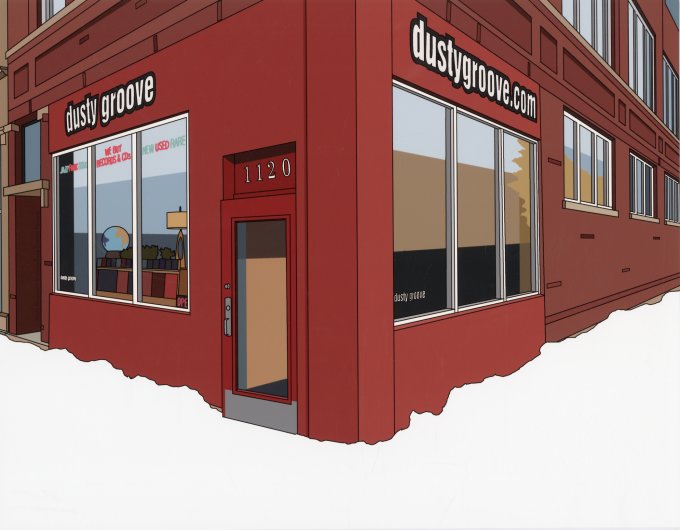 The Dusty Groove storefront in the dead of winter – recently covered with a fresh coating of Chicago snow, which will soon be shoveled away when the staff arrives for the start of the workday! Our friends at Emmiebean did this beautiful print for us – and the red of the storefront is a great contrast to the white of the snow – cold outside, and very warm inside – as the store is nicely insulated with a huge selection of vinyl and CDs!  © 1996-2021, Dusty Groove, Inc.
(Print is 11" x 14", with a thin backing.)