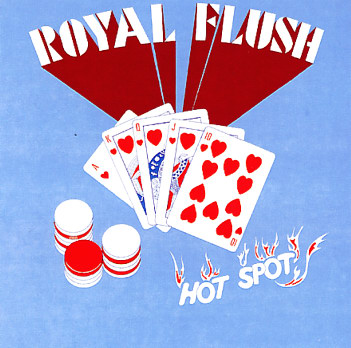 A rare funky gem from the Chicago scene in the pre-house years – but a set that also might be a crucial bridge between the city's 70s soul and the underground clubs that would soon give the world a new groove! The group have plenty of funk elements in the mix – kind of a tightened-up version of P-Funk at times, with lots of bass in the mix – and all these cool moogy keyboard touches – topped by vocals from the group – who often have a call to action sort of vibe, really urging on the groove! The record's definitely too hardcore to have gotten much national radio play – sharper and more wicked than the major label funk of the time – and the use of female vocals in the mix also have a very different vibe than in disco, too – a quality that's hard to describe, but which really stands out. The set features some arrangements by Floyd Morris and Tom Tom 84 – two mighty legends in the Chicago soul scene – and titles include "Doin' It To Def", which has sort of a "We Will Rock You" intro, plus "Hot Spot", "Grab Your Sexy Baby", and "Funk Power". CD features three bonus tracks by the related Jerline & Friends (Jerline Shelton is one of the singers in Royal Flush) – titles that include "Tell Me How Long", "We Need Each Other", and "Got To Let You Know".  © 1996-2022, Dusty Groove, Inc.

Freeway (Japanese paper sleeve edition)
TSG/P-Vine (Japan), 1976. New Copy
CD...$24.99 29.99 (LP...$39.99)
A killer rare gem from the 70s – served up in this warm mellow take on funky soul, with plenty of jazzy licks in the mix too! The production is great – cool and compressed, so that the vocals are folded nicely onto the grooves – which are mostly in this midtempo mode that chugs ... CD