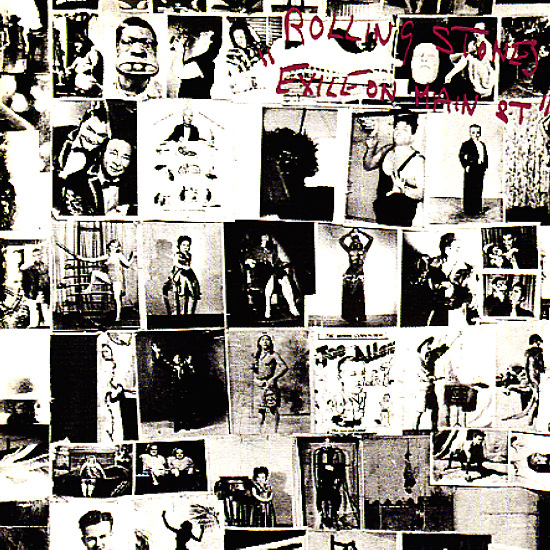 The Rolling Stones at their rawest, most shambling, sleazy and brilliant – the epic, unimpeachable Exile On Main Street! What can we say about one of the most iconic LPs of all time other than chime in with our agreement that it's one of the greatest rock albums ever! Big choruses come and go, but the easy hooks of earlier and later Stones hits are buried in mud, grit and a sleazy bluesy groove. Titles include "Rocks Off", "Rip This Joint", "Tumbling Dice", "Sweet Virginia", "Loving Cub", "Torn And Frayed", "Let It Loose", "All Down The Line", "Shine A Light", "Soul Survivor" and more.  © 1996-2022, Dusty Groove, Inc.

Tattoo You (180 gram pressing)
Rolling Stones/Geffen, 1981. New Copy (reissue)
LP...$23.99 25.99 (CD...$19.99)
An album that some thought might mark the final years of The Rolling Stones – as it came out as Mick Jagger was reaching 40 – but one that instead marked a great rebirth of the group and its sound, and set a whole new standard for the group for years to come! The opening lick of the ... LP, Vinyl record album

It's Hard (half speed mastered orange & yellow vinyl pressing –with bonus tracks) (2022 Record Store Day Drop)
Universal, 1982. New Copy 2LP (reissue)
LP...$39.99 (LP...$14.99)
Maybe the last really essential album from The Who – the second to feature Kenny Jones on drums, doing a surprisingly great job of filling in the space left behind when Keith Moon departed the planet – and a record that also has Pete Townshend working out some of his stronger mature ... LP, Vinyl record album