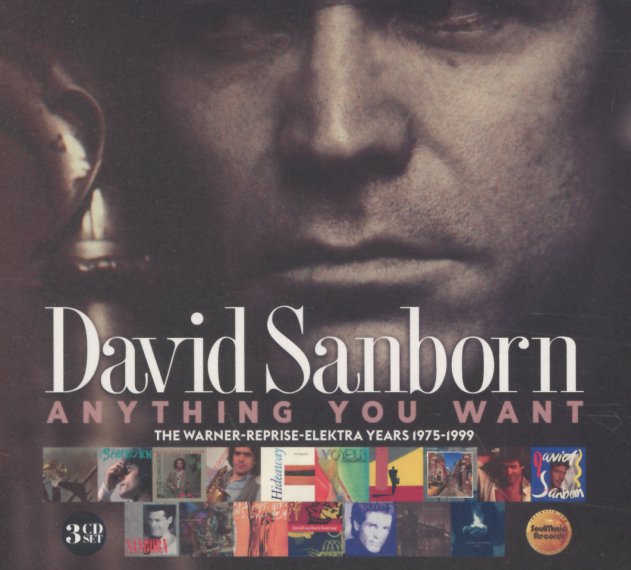 A big overview collection of work from the key years of reedman David Sanborn – a player who certainly knew how to hit the heights with the sales of his records, but also had a surprisingly strong, rich career over the years! If you only think of Sanborn as a smooth jazz pioneer, then you'll find plenty to open up your mind here – as David first recorded as a solo act for Warner Brothers at a time when he was making key contributions to sessions for other artists, then found ways to consistently stay ahead of the fusion and electric jazz mainstream – to the point where in the later recordings here, he's almost back to basics in a really surprising way! As with other great anthology collections on this label, there's a really strong track selection – one that not only features key album tracks, but singles and even a few live cuts too – a really well-chosen batch of 46 tunes that include "Believer (12" mix)", "Love & Happiness (live)", "High Roller", "Flight", "Heba", "Short Visit", "This Masquerade", "Lesly Ann (radio)", "Smile (live)", "Infant Eyes", "Naked Moon", "Brother Ray", "Imogene", "Come To Me Nina", "Lotus Blossom (live)", "Daydreaming", "Same Girl", "Bang Bang (single)", "Summer", "I Do It For Your Love", "The Water Is Wide", "Got To Give It Up (rmx edit)", "Slam (7" version)", and "Duck Ankles".  © 1996-2021, Dusty Groove, Inc.