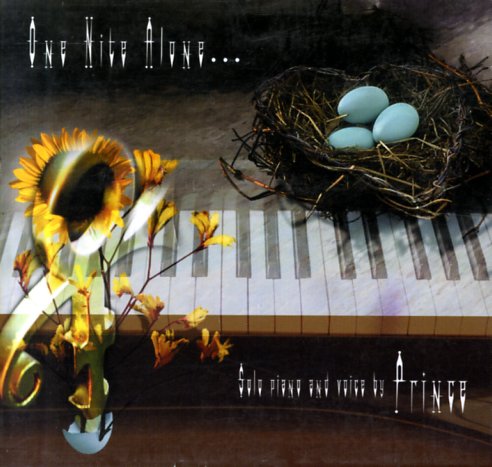 A dream of a record from Prince – up-close, intimate, and just the voice and piano promised in the title! As you'd guess from the setting, the record presents the mellower side of the man's mighty talents – but the whole thing is no less soulful than any of his previous records – and in fact maybe is even more so in the way that Prince lays down his vocals, with all these amazing inflections, long reaches, and very personal qualities throughout! Titles include "Pearls B4 The Swine", "Have A Heart", "Here On Earth", "One Nite Alone", "U're Gonna C Me", "Young & Beautiful", "Avalanche", "Objects In The Mirror", and "Arboretum".  © 1996-2021, Dusty Groove, Inc.
(First time on vinyl! Limited edition purple vinyl pressing – includes download!)