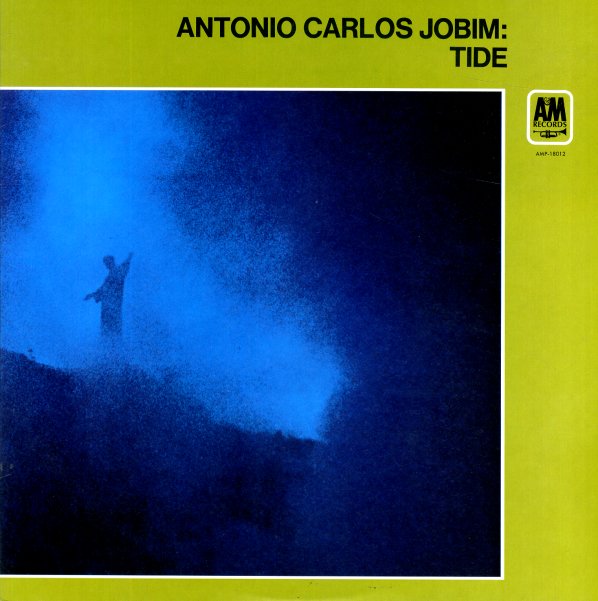 An incredible record – from the first off-key note to the last! The album's filled with some wonderfully moody LA studio sounds, arranged by Deodato, and a has a great swirling mix of sound that weaves around Jobim's lofty guitar and piano beautifully – complex, but still with the airy sense of space that Antonio Carlos first brought to his music in the 60s. From the very first note, you can feel the strange magic of Jobim and Deodato at work – as the album appears to be smooth and mellow, yet has a strangely unsettling undertone that keeps us coming back after all these years! Tracks include "Tema Jazz", "Carinhoso", "Rockanalia", and a nice remake of "Girl From Ipanema".  © 1996-2022, Dusty Groove, Inc.
(Brown label stereo pressing. Cover has light wear and aging, and a partially split top seam.)

Wonderful World Of Antonio Carlos Jobim
Warner, 1965. Near Mint-
LP...$16.99
The wonderful world of Antonio Carlos Jobim gets a whole lot bigger on this American release from the 60s – thanks to a collaboration with the great Nelson Riddle, the arranger whose work made so many of Frank Sinatra's albums so great! Riddle really understands the jazzy elements at the ... LP, Vinyl record album

Certain Mr Jobim
Warner, Mid 60s. Very Good+
LP...$16.99
A wickedly wonderful album by Antonio Carlos Jobim – recorded in LA in the mid 60s, and a perfect meeting of styles that makes for one of his most compelling albums of the 60s! Jobim sings and plays over pillowy-soft arrangements by Claus Ogerman – lightly dancing numbers that weave ... LP, Vinyl record album

Composer Of Desafinado Plays
Verve, 1963. Very Good- Gatefold
LP...$7.99
Antonio Carlos Jobim's classic Verve session from 1963 – a tremendous record, done with a wonderful airy sound that became the trademark for bossa production in America – and which also had a great inspiration on the sound of mid 60s bossa in Brazil! Claus Ogerman arranged and conducts ... LP, Vinyl record album