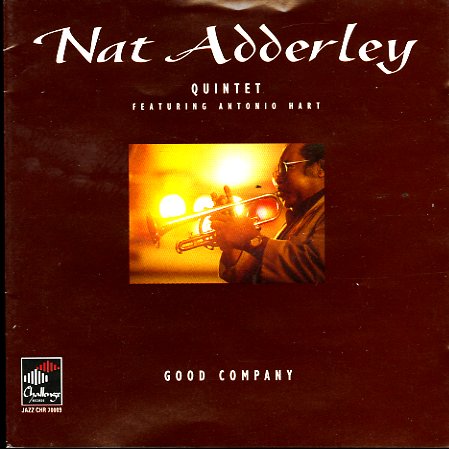 The legendary Nat Adderley is definitely in good company here – a group with excellent work on alto from Antonio Hart – a player who comes off in a very different way than the famous alto of Nat's late brother, Cannonball! Antonio seems to open up some nicely dark currents in Adderley's music – underscored by the piano work of Rob Bargard, who can do a great job of shading things in from below – while the whole group moves with great rhythm work from the team of Walter Booker on bass and Jimmy Cobb on drums. Tunes include two great Bargard originals – "Rob's New Tune" and "War Zone" – plus versions of "Rwanda", "Sermonette", "Corcovado", and "Unit Seven".  © 1996-2020, Dusty Groove, Inc.
(Part of the "Timeless Jazz Syndicate" series!)