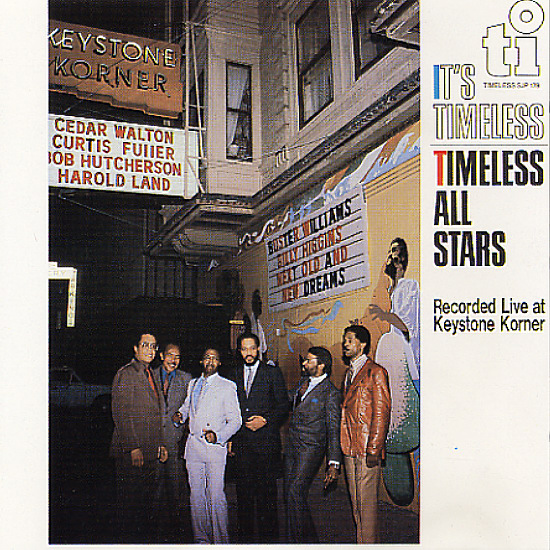 A brilliant assemblage of players – working here under the Timeless All Stars tag, because they'd all recorded for the label – but held together much more deeply through a rich tradition of west coast soul jazz! The team of Harold Land and Bobby Hutcherson are wonderfully united for the session – working with Curtis Fuller on trombone, Cedar Walton on piano, Buster Williams on bass, and Billy Higgins on drums – all to carve out longer tracks that sparkle with the best open feeling of the sound that Land and Hutcherson first put down together at the end of the 60s. There's a sense of warmth and good spirit to the recording – but not of the type that dampens the energies of the players – as the best tracks on the record have a searing, searching feel that's pretty darn surprising for such an all-star session! Titles include "Clockwise", "Highway One", "Arabia", "Stella By Starlight", and "My Foolish Heart".  © 1996-2021, Dusty Groove, Inc.
(Part of the "Timeless – Jazz Syndicate" series!)