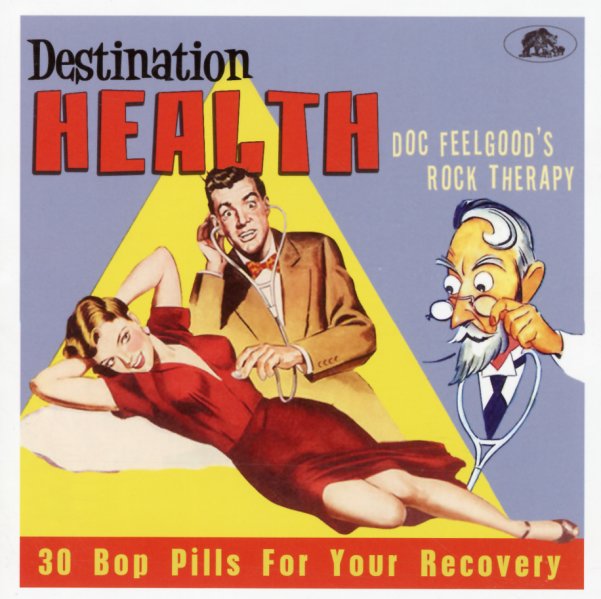 Here's a way to keep yourself healthy – pandemic or otherwise – a set of searing rockers and sweet postwar pop numbers – all with a theme of medicine or wellness in the mix! The set's a wonderfully playful take on the theme – and is filled with cool and groovy tracks we might never have heard otherwise, and which sound even better in the company of each other – especially when presented with a big Bear Family booklet of notes and vintage images! There's a whopping 30 tracks in all – and titles include "Fever" by The Knockouts, "Quarantine" by Dennis Bell, "Doctor Doctor" by Benn Joe Zeppa & The Hot Notes, "Call A Doctor" by The Crows, "She Said" by Haskil Adkins, "Psycho Serenade" by Big Joe McNeely, "PSA For Mental Health Association" by Tab Hunter, "Rock Doc" by Louis Jordan, "Doctor In Love" by Richard Allen, "Doctor Doctor Doctor by Joey Nepote, "Boogie Disease" by Doctor Ross, "Pills" by Bo Diddley, and "Asiatic Flu" by Ebe Sneezer & The Epidemics.  © 1996-2021, Dusty Groove, Inc.