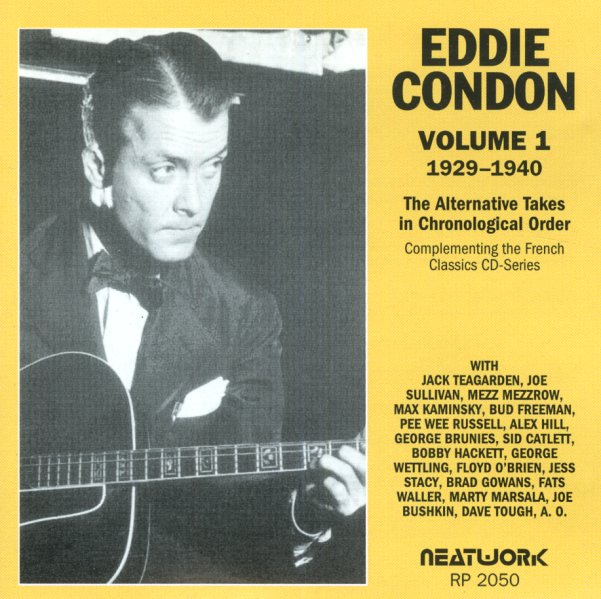 Eddie Fisher & The Next One Hundred Years
Cadet/Verve, 1970. Used
CD...$12.99
Madly tripped out guitar funk – and a real turning point in the career of guitarist Eddie Fisher! Eddie began his career as a straighter guitarist on the St Louis scene – and although his first album for Cadet was a relatively traditional soul-jazz outing, this one's a wild batch of ... CD

Out Of The Past
GRP/Argo, 1960/1961. Used
CD...$6.99
A great CD that combines most of the material on Art's two albums for Argo – Art (1960) and Perception (1961). Art is a beautiful album of understated brilliance – one of Farmer's early shifts into the sublime, an easily blown batch of trumpet tracks played with trio backing by Tommy ... CD

Alive At The Village Gate
Verve, 1962. Used
CD...$8.99
Something wonderful happened to Coleman Hawkins at the end of his career – record companies started letting him record in really long formats, stretching out creatively on extended solos that continued to push the boundaries of his talents! This set is a prime example of that shift – ... CD

Buck & Buddy Blow The Blues
Prestige/Swingville/OJC, 1961. Used
CD...$4.99
A romping little session from Buck Clayton and Buddy Tate – served up in a looser, more relaxed setting than the former's albums for Columbia, and a slightly more swing-based mode than the latter's dates for Chess! Both horn players get plenty of room to solo in the open-ended Swingville ... CD