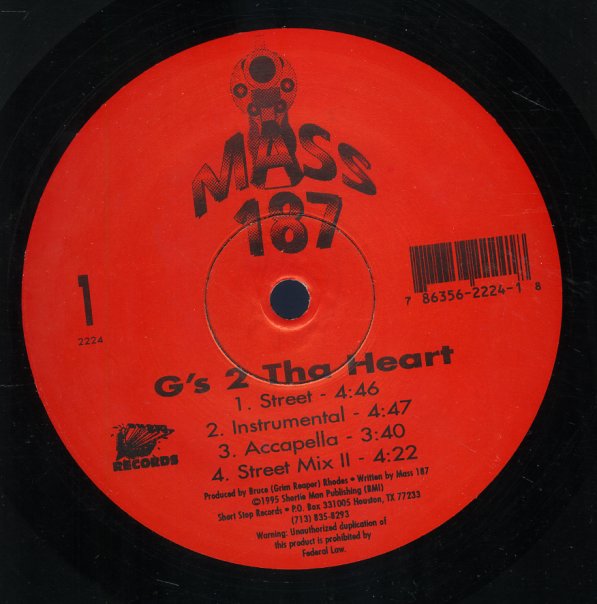 Obscure G Rap out of Kansas City, Missouri!
(In a plain sleeve.)