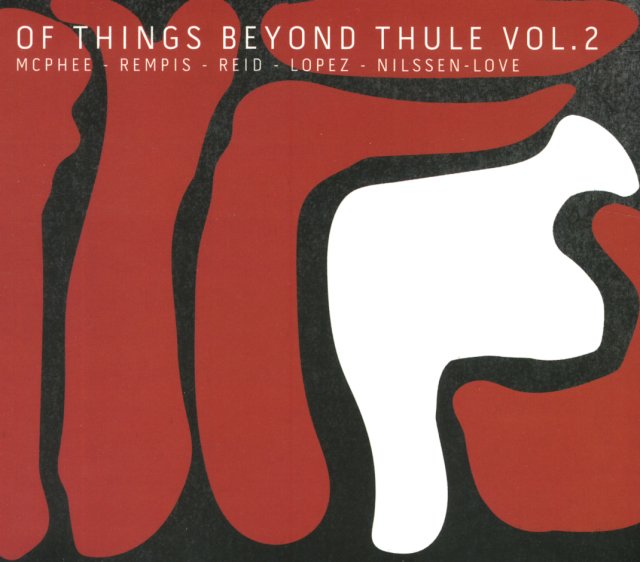 Of Things Beyond Thule Vol 2

The title's a reference to place once referenced by Edgar Allan Poe – but the music is very firmly grounded in reality, and comes from an improvised performance in Chicago by this very all-star ensemble! The album features really creative interplay between a quintet that features Joe McPhee on tenor and pocket trumpet, Dave Rempis on alto, tenor, and baritone, Tomeka Reid on cello, Brandon Lopez on bass, and Paal Nilssen-Love on drums – all coming together in the best tradition of Windy City free jazz players working with key out of town talent! The blend of bass and cello at the heart of the music is really wonderful, and Paal makes sure to only step forward boldly when McPhee and Rempis are ready to let loose themselves – and the trio really balance the power of their expressions to make sure that Reid and Lopez get a chance to shape some more sensitive moments. McPhee and Rempis are a great pair – very sympathetic to each other, yet very distinct too – as you'll hear on the long improvised tracks, "Osel", "Kaali", "Smola", and "Hekla".  © 1996-2021, Dusty Groove, Inc.