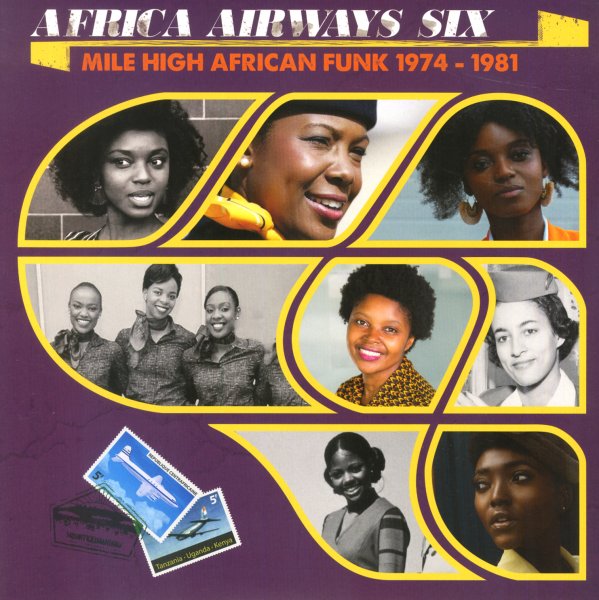 Soar through the skies on this sweet collection of rare African funk – the sixth volume in a series that seems to get better and better with each new release! Most of the cuts here are heavy on styles that resonate with the American scene of the late 70s – particularly the large ensemble funk modes that came on strong when the bigger US funk acts moved from the indie labels to the majors – tight, but never too smooth – and topped here with some elements that also echo other West African styles, but with a vibe that always seems to lean more towards a strong inspiration from American funk and soul! Titles include "Black Soul" by Airto Fogo, "Ngigna Loko" by Ngalle Jojo, "You" by Vicky Edimo, "Ndolo Embe Mulema" by Eko, "My Native Land" by Mike Kounou, "Be Yourself" by Akwassa, and "Kosa Mba" by JK Mandengue.  © 1996-2021, Dusty Groove, Inc.