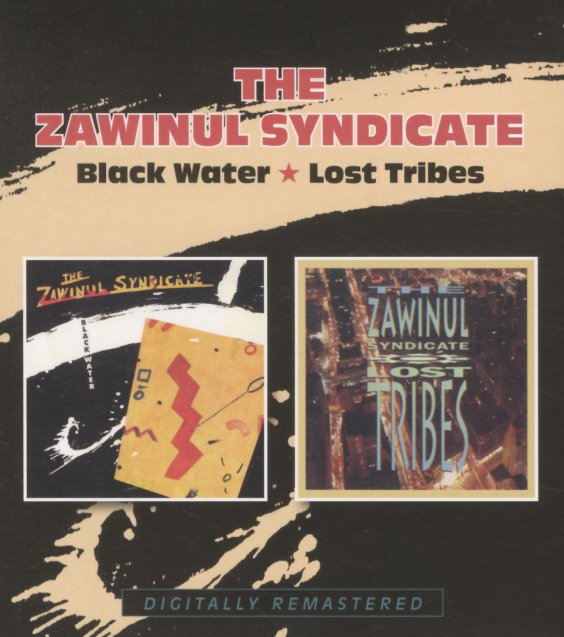 Two Joe Zawinul albums – back to back on a single set! Black Water is funky fusion from the late 80s combo of keyboardist Joe Zawinul – a set that takes off nicely from his classic work in Weather Report, then adds in both a dose of soul and more global elements! The group features Joe on a host of different keyboards – with Gerald Veasley on some very heavy bass, Scott Henderson on guitars, and Lynne Fiddmont Linsey on vocals and percussion – joined at times by Carl Anderson and Kevin Dorsey, who both give the set a full, righteous vibe! Instrumentation is heavily in an 80s electric mode, but warmed up nicely by the other touches and percussion – and titles include "Black Water", "Carnavalito", "In The Same Boat", "Familial", "Medicine Man", "They Had A Dream", "And So It Goes", and "Monk's Mood". Lost Tribes is a record that has the legendary keyboardist Joe Zawinul dipping further into the mix of jazz and global elements brought forth by his Syndicate group – served up here with a really unusual mix of elements, and a strong balance between acoustic percussion and electric instrumentation! The voice is as powerful here as the groove – sometimes song soulfully, but other times used almost more as another instrument – opening the door further to some of the global sensibilities that Zawinul was bringing to some of his later work with Weather Report. the group features Mike Baker on drums, Randy Bernsen on percussion, and Gerald Veasley on bass – and titles include "Changes", "San Sebatian", "Rua Paula Freitas", "South Africa", "Patriots", and "Lost Tribes".  © 1996-2023, Dusty Groove, Inc.