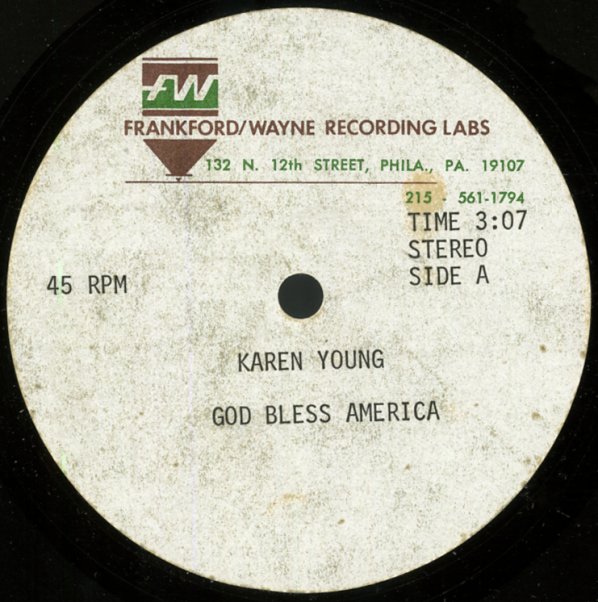 A strange one from Karen Young – an acetate that has a lush version of "God Bless America" on the main side, but with a groover on the flip that's a lot more like her clubby material!  © 1996-2021, Dusty Groove, Inc.