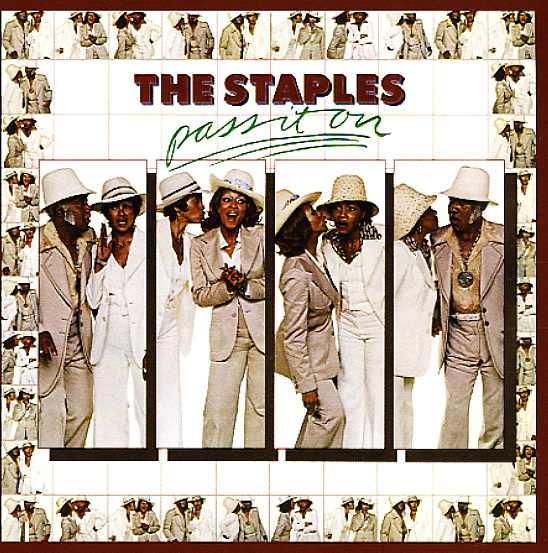 Pass It On (with bonus tracks)

The Staple Singers and Curtis Mayfield – working together here in a very Curtom groove! This great little set picks off where the group's work on the Let's Do It Again soundtrack left off – taking The Staples far past their Memphis sound of the Stax years, into a hipper, more adult kind of mode – one that has plenty of modern soul and light funk touches. Arrangements are by Curtom maestro Rich Tufo, and the album's got some very full backings that seem to urge the group's vocals on even more than ever. Titles include "Making Love", "Pass It On", "Love Me Love Me Love Me", "Sweeter Than The Sweet", "The Real Thing Inside Of Me", and "Precious Precious". CD also features bonus tracks – single edits of "Love Me Love Me Love Me" and "Sweeter Than The Sweet".  © 1996-2020, Dusty Groove, Inc.