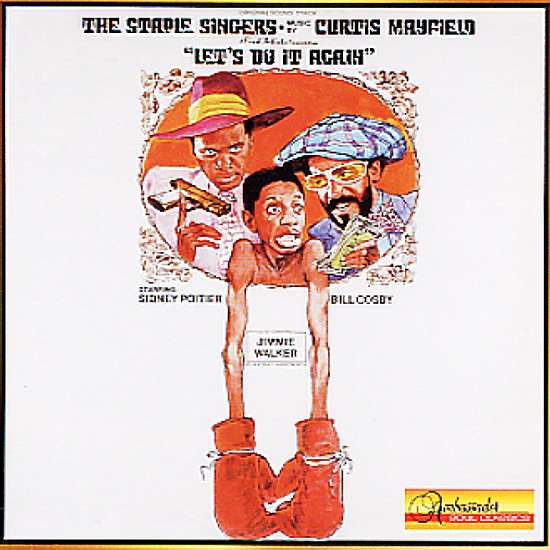 One of our favorite albums ever from The Staple Singers – and that's really saying a lot, as they cut a huge amount of really great records! The album's an unusual collaboration between the group and Curtis Mayfield – one that forges the great vocal styles they were developing at Stax Records with some of the hip soundtrack modes that Curtis had created for Superfly – a blend that's served up perfectly in the best style of Mayfield's legendary Curtom Records! The Staples sound maybe even more righteous in the setting – with great grooves that are hip and funky at times, deeply soulful at others – arranged by Gil Askey and Rich Tufo in the same manner as Curtis' work from the time. Includes the hit title cut "Let's Do It Again", plus other nice ones like "After Sex", "Chase", "Big Mac", and "Funky Love". CD also features bonus tracks – single edits of "After Sex", "New Orleans", and "Let's Do It Again".  © 1996-2020, Dusty Groove, Inc.