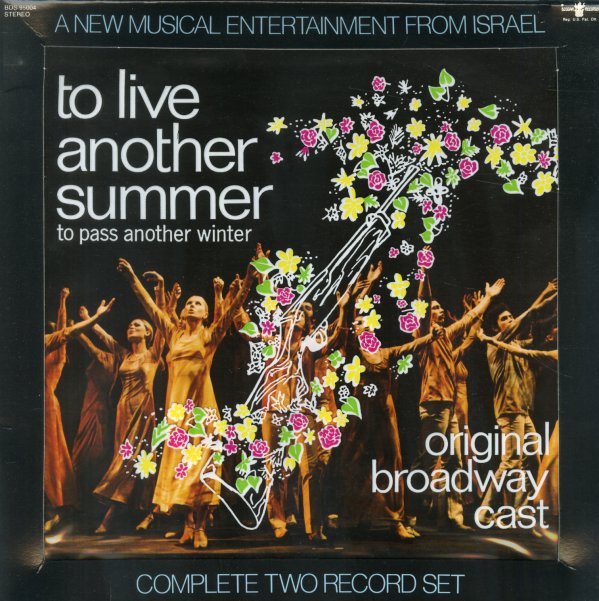 To Live Another Summer, To Pass Another Winter (2LP box set)

An unusual Israeli musical, presented in a US version with musical supervision by Gary McFarland!  © 1996-2021, Dusty Groove, Inc.
(In a very cool package – two LPs in a slipcase, with a clear design on the front! Cover has a cutout notch.)