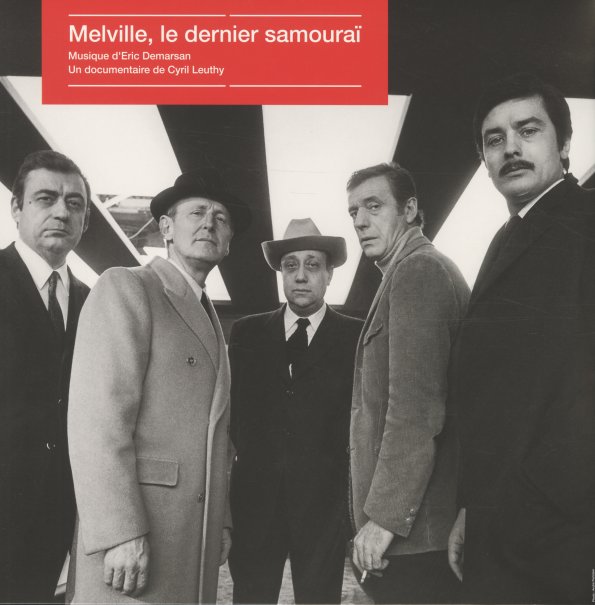 A really great collection of work from one of the great unsung heroes of the French soundtrack scene of the 60s – the mighty Eric Demarsan, who also gets the chance to provide us with new music on the first half of the set! The first half is music from a documentary on Jean-Pierre Melville – the French director who created such great films as Le Cercle Rouge, Le Doulos, Le Samourai, and other noir gems of the new wave – often scored by Demarsan, who provides new jazzy music for the documentary – played here by a group that features Erik Truffaz on trumpet, Daniel Ciampolini on vibes, Alexis Morel on flute, and Bruno Fontaine on piano – on titles that include "Le Dernier Samourai", "Un Destin", "Arrivee Au Studio", "L'Adieu", and "Reparages". The second half of the set featuers classic Demarsan work for films by Melville – tracks from L'Aine Des Fercahaux, Deux Hommes Dans Manhattan, Bob Le Flambeur, Le Cercle Rouge, and other classics!  © 1996-2022, Dusty Groove, Inc.