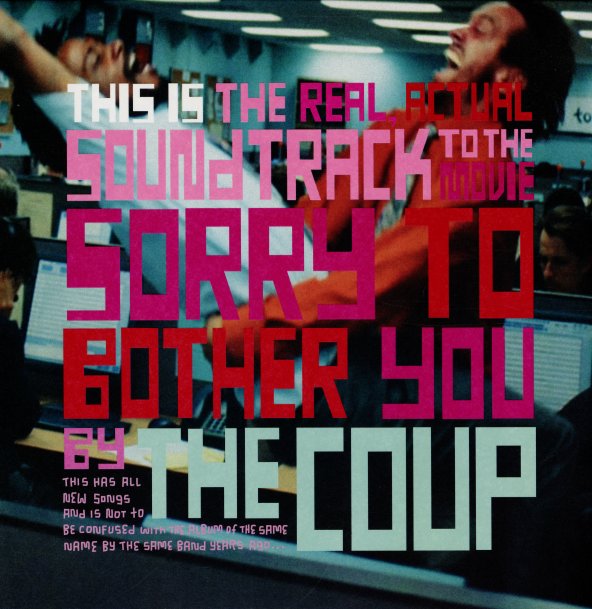 A set of tracks that were done by Coup for the film Sorry To Bother You – but music that's not to be confused with their previous album of the same name! The tracks here feature contributions from other artists – including Lakeith Stanfield, who starred in the film, which was directed by Boots Riley of the Coup – plus Janell Monae, Tune-Yards, Killer Mike, and E-40 – with a range of sounds that moves between hip hop, underground soul, and other styles. Titles include "Hey Saturday Night", "Monsoon", "Level It Up", "Crawl Out The Water", "Oyahytt", "Anitra's Basement Tapes", and "Out & Over/Sticky Sunrise".  © 1996-2021, Dusty Groove, Inc.