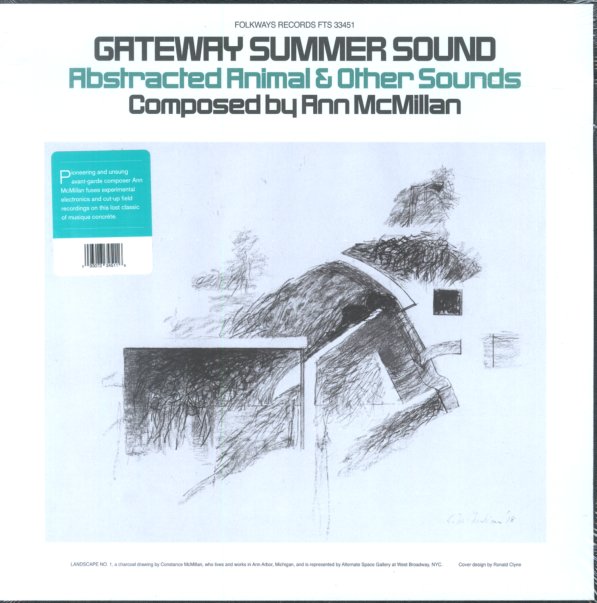 A really beautiful record from Ann McMillan – one of the lesser-known talents in the female legacy of electronic music – but one we'd put right up there right next to Daphne Oram for her inventive genius! The set was recorded at the legendary Princeton Center For Electronic Music – and has a great approach in which McMillan mixes together sounds from nature with some acoustic instruments – then creates a blend through creative electronics, so that air, sea, traffic, and nature sounds are combined with percussion and other elements. One song is completely created from The Gong sound sculpture by artist Frederick Kiesler; another mixes New York Harbor sounds in an amazing way; and still another reworks a variety of unusual sonic emanations from a harpsichord. Titles include "Gateway Summer Sound", "Gong Song", "Amber 75", "Syrinx", and "Episode".  © 1996-2021, Dusty Groove, Inc.