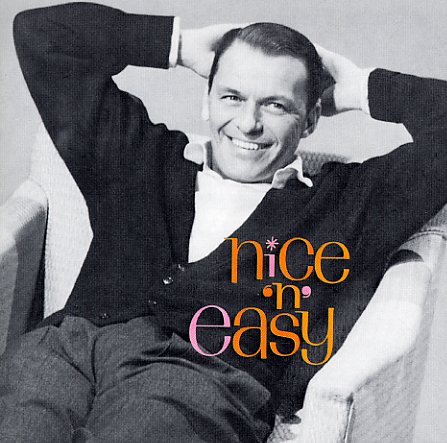 Great late Frank Sinatra at Capitol Records – a set that still grooves in all the Nelson Riddle brilliance of the early 50s years, but also points the way towards the mature masculinity that Frank would find working at Reprise! The title tune, "Nice and Easy", is a classic swinger with great backing by Nelson Riddle – and the rest of the album's selection of tunes is a bit more in the sad late nite mode of some of Sinatra's other end of the 50s sessions, but handled with a bit more flair, a bit more of that ass-pinching machismo that would creep into his love songs in the 60s. Titles include "Dream", "She's Funny That Way", "Fools Rush In", "That Old Feeling", and his seminal reading of "I've Got A Crush On You" – one of the gems from the late Capitol years! Brand new 2020 stereo mix – with unreleased bonus tracks – the new song "The Nearness Of You", and session takes of "I've Got A Crush On You" and "Nice & Easy".  © 1996-2021, Dusty Groove, Inc.