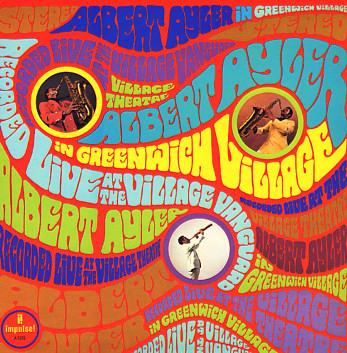 One of the first big moments of Albert Ayler's work in the jazz mainstream – and a record that doesn't dim his greatness at all from the earlier sides recorded for ESP! The album's got a sharply angular sound that more than lives up to its vibrant cover image – a well-honed approach to improvisation, showcased by Ayler in a set of recordings done upon his return from work on the European scene. The material was recorded on two different dates – featuring two different groups: one with Alan Silva, Beaver Harris, and Joel Friedman; the other with Donald Ayler, Henry Grimes, and Michel Sampson. Titles are long, with the searing emotional sound that Ayler was peaking at during this time – and titles include "For John Coltrane", "Change Has Come", and "Truth is Marching On".  © 1996-2021, Dusty Groove, Inc.
(Part of the "Impulse – The Masterworks" series! UHQCD pressing.)