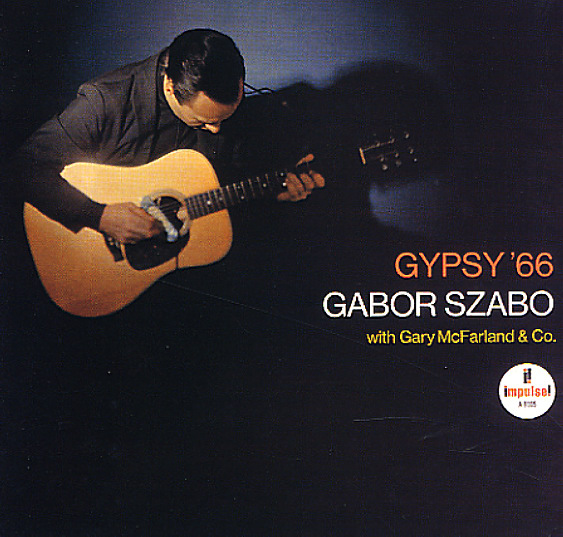 One of Gabor Szabo's best records – a hip small combo session, featuring backup by Gary McFarland, Sadao Watanabe, Richard Davis, and Willie Rodriguez – an odd kind of lineup, but one that goes well with the offbeat grooves of the set! The overall sound has lots of touches of the McFarland Latinized rhythms of the time – but also stretches out with some of those great snakey guitar solos from Szabo – not nearly as extended or trippy here on other albums of the time, but in a really great way that makes for some tight, hip, mod little tracks! The set's one of Gabor's best from the 60s – and titles include "Flea Market", "Walk On By", "Gypsy Jam", "Gypsy '66", and "The Echo Of Love". The whole thing's kind of a compressed take on the sound of Gabor's Spellbinder album – if you know that one!  © 1996-2021, Dusty Groove, Inc.
(Part of the "Impulse – The Masterworks" series! UHQCD pressing.)

Bacchanal (with bonus tracks)
Skye, Late 60s. New Copy
CD...$18.99 20.98 (LP...$34.99)
A wonderful album from Gabor Szabo – one with the same freely grooving, slightly-psychedelic sound that he was using on his best records for the Impulse label! Two guitars head up the quintet – those of Gabor and Jim Stewart – and they trade breezy lines throughout, grooving over ... CD