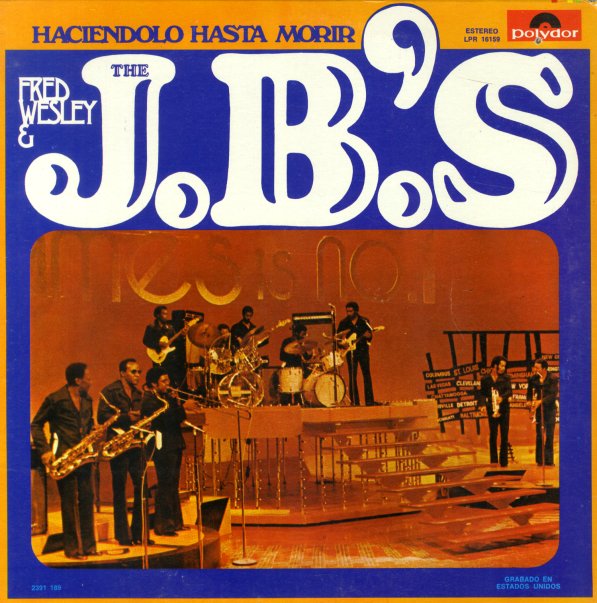 Haciendolo Hasta Morir (aka Doing It To Death)

Obscure Mexican pressing of an incredible album – a landmark piece of funk that nobody should be without, funk fan or not! The album is the second to feature James Brown's famous backing combo of the early 70s – and unlike their first one, which was really more of a collection of singles, this album has the group playing hard, long, and loud, in the free funk improvisational mode that was James' real contribution to the music at the time. The tracks are all incredibly long, with James at the forefront, egging the band on with shouts and comments – but also letting them open up large instrumentally, playing in a mode that's as much jazz as it is funky soul. The whole thing's peppered with some nice shorter seques between tracks – but the long cuts are the winners, and are some of the best funk ever recorded! Titles include "Mo Peas", "Doing It To Death", "La Di Da La Di Day", "You Can Have Watergate, Just Gimme Some Bucks & I'll Be Straight", and "Sucker".  © 1996-2021, Dusty Groove, Inc.
(Vintage Mexican pressing. Cover has a small cutout hole, in nice shape otherwise!)