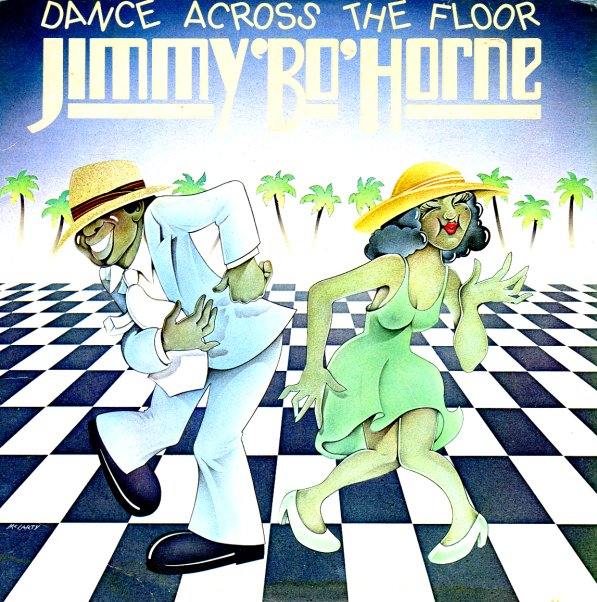 A killer classic from Jimmy Bo Horne – one of the sharpest male singers to work for the TK family of labels in the late 70s – and one who could really summarize all the greatness of Miami soul with a record like this! The album's got all the funky fullness of some of the larger TK groups of the time, but also has a key focus in Jimmy's vocals – not the deepest of deep soul, but strong enough to really provide just the right edge to the tunes – often with production that spaces out the sides of his vocals in kind of a KC sort of style! No surprise, KC produced the record himself – almost using Horne as a way to deepen his groove, with great vocals on titles that include "Get Happy", "Gimme Some", "Let Me (Let Me Be Your Lover)", "Don't Worry About It", "Dance Across The Floor", and "I Wanna Go Home With You."  © 1996-2021, Dusty Groove, Inc.