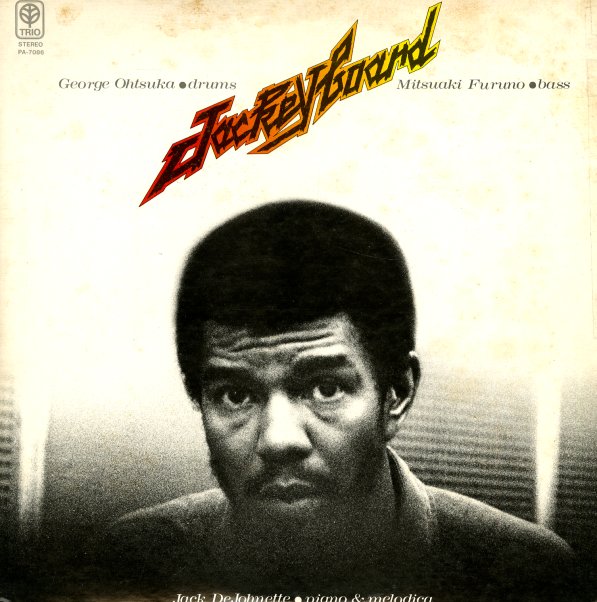 Jack DeJohnette is a hell of a drummer, and he's also a hell of a pianist too – a side of Jack's talents that isn't always shown on record, and which has maybe never been as well-recorded as on this fantastic Japanese session from the 70s! DeJohnette has a spiritual, long-building approach to the piano here – almost like Stanley Cowell on Strata East, but with his own flavors too – and the final track of the album features Jack on melodica, an instrument he handles in a different way, but with an equally compelling approach. The trio here features George Ohtsuka on the drum kit and Mitsukaki Furuno on bass – on four long tracks, "McCoy's Tune", "Fun Calypso", "Jack's Blues", and "Minority Blues".  © 1996-2020, Dusty Groove, Inc.
(Part of the Jazz Legends In Japan series!)