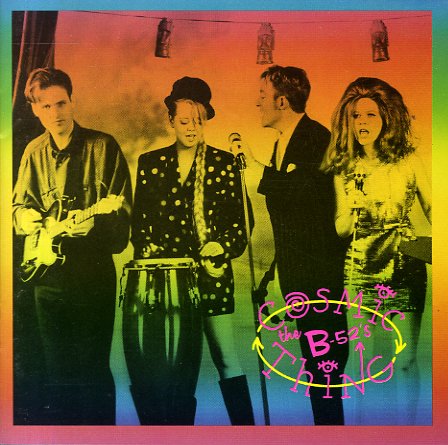 The album that really broke the B52s out of the box – the one that took them from being an underground favorite in the clubs and the party scene, to being the kind of group that finally got the exposure they deserved! Of course, some of the help here comes from superproducers Nile Rodgers and Don Was – who really help the group focus on their hooks and crossover groove – all summed up perfectly on the album's hit "Love Shack" – a tune that still gets heavy play around the globe all these many years later. Other tracks include "Roam", "Channel Z", "Cosmic Thing", "Dry Country", "Topaz", "Follow Your Bliss", and "Bushfire".  © 1996-2022, Dusty Groove, Inc.