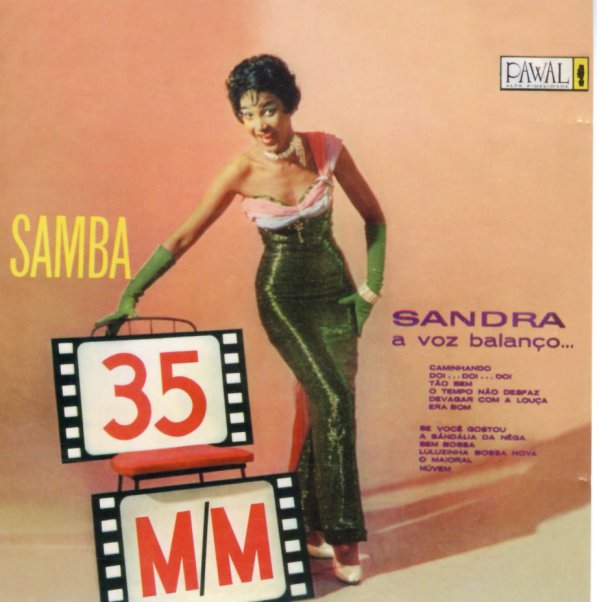 This may be the only album we've ever seen from Sandra – a really well-crafted set from early 60s Brazil – one that mixes samba rhythms and jazzier instrumentation, all in a great accompaniment to the singer's fantastic voice! Sandra's got the depth of some of the female Brazilian vocalists of the pre-bossa years, but never falls into their heavier styles – which means that she keeps up a really great range as the album moves along at a nice little clip – balancing her strong lead with all these great twists and turns in the instrumentation. There's no arranger given credit – but whoever he is, he's one groovy cat – as you'll hear on titles that include "Tao Bom", "Caminhando", "Doi Doi Doi", "Sem Bossa", "Nuvem", "O Maioral", "Luluzinha Bossa Nova", and "Era Bom".  © 1996-2021, Dusty Groove, Inc.