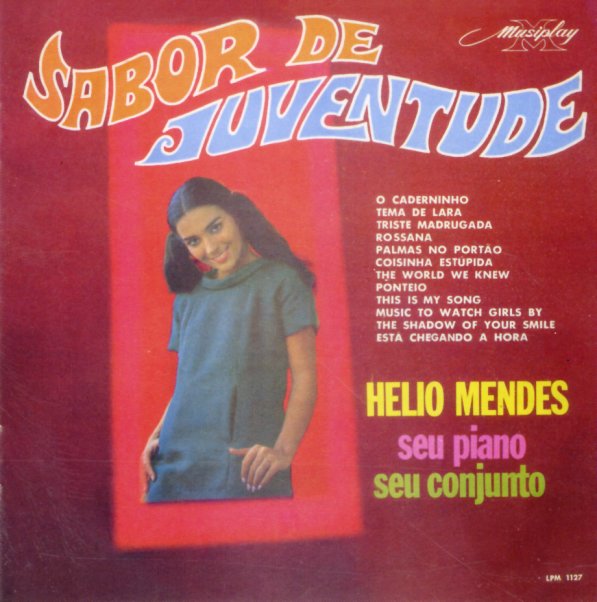 The flavor of youth in mid-60s Brazil – served up by keyboardist Helio Mendes, who also plays a bit of organ on the set! As with Mendes' other great albums of the time, the rhythms often have a slight samba current, and mix together acoustic and electric modes – in the best Brazilian instrumental quality of the time. Tunes are a nice mix of familiar 60s pop numbers and groovier Brazilian songs – and the set includes an especially great take on "Ponteio", which has all the right soaring lines to make the tune come off well – plus vocals that come as a bit of a surprise, recorded with a cool echoey style! Other tracks include "Music To Watch Girls By", "Rosanna", "Triste Madrugada", "Something Stupid", "This Is My Song", "Esta Chegando A Hora", and "O Caderinho". CD also features four bonus tracks – "Despedida De Mangueira", "Se Voce Pensa", "Um Beijo Ao Regressar", and "Deixe Me Outro Dia Menos Hoje".  © 1996-2021, Dusty Groove, Inc.