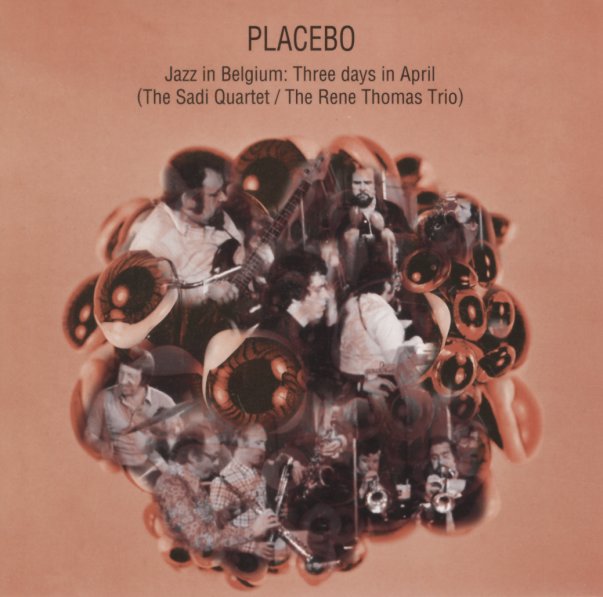 Rare work from the legendary funky group Placebo – recorded live here in a set that also features contributions from two other great Belgian acts too! Placebo dominate the first half of the record – and turn in a hard-driving performance that's heavy on Fender Rhodes from the legendary Marc Moulin – who has this way of playing that makes his keyboard lines all nice and chunky, and a perfect fit for the funky drums and tight horns on the tunes! The group's a septet, with two trumpets, two saxes, bass, and drums – all kicking out a great groove for the Rhodes, on tunes that include "Showbiz Suite", "Only Nineteen", and "Planes". Next up is strongly soulful work from vibist Fats Sadi – a player you might know from his 60s work on MPS and in the Clarke Boland Big Band – sounding great here in a quartet mode, with piano, bass and drums – ringing out out strongly on tunes that include "Burgos", "Gigi's Pad", and "Gospel Time". Last up is guitarist Rene Thomas – a player whose best-known work is from the 50s Parisian scene. Rene still sounds great here – and actually plays with a harder tone and more freewheeling vibe – in a trio with bass and drums, on the titles "Blue Tempo", "My Wife Maria", and "Chega Da Saudade".  © 1996-2021, Dusty Groove, Inc.