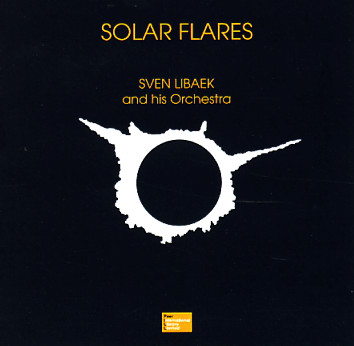 Sublime sound library work from mid 70s Australia – one of the greatest records ever from soundtrack genius Sven Libaek, done in collaboration with a host of the greatest Aussie jazz players of the time! The groove here is laidback, but funky – almost dreamy at times, in the manner of a sweet Italian soundtrack – but also with a flowing groove that seems to draw both from bossa nova and west coast jazz of previous years, yet turn these influences into a whole new sound entirely. Most of the tunes are small combo, and feature reeds from Don Burrows and Erroll Buddle, guitar from George Golla, and vibes from the amazing John Sangster – all wrapped up by Sven with an approach that's almost effortless at times – never too forced, nor too slick – and a fair bit different than music of this type coming from other hemispheres in the 70s! Titles include "Solar Flares", "Stella Maris", "Lift Off", "Destination Omega 3", "Space Walk", "Meteoric Rain", "Quasars", "No Flowers On Venus", and "In Nebular Orbit".  © 1996-2021, Dusty Groove, Inc.