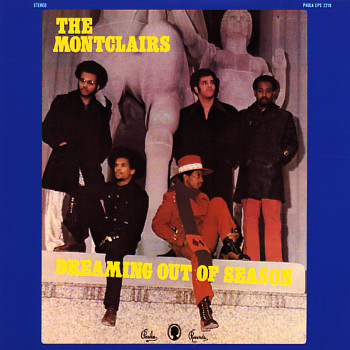 Harmony soul heaven – and the only full album from The Montclairs! The group were a sublime vocal group from the 70s – one with a sound to rival The Whatnauts or The Moments, but which also had a bit more of the super-dope touches you'd expect from their look on the cover of the record – a bit like Soul Generation at their best! The sound is sweet, but with an edge – and a young Phil Perry wrote most of the tracks on the record, with a really unique feel that goes beyond simple cliches from the better-known groups of the genre. Oliver Sain produced, and although the record came out on Jewel, it's got much more of a New Jersey feel than other work on the label. Titles include "Dreaming's Out Of Season", "Grand Finale", "Just Can't Get Away", "Prelude to a Heartbreak", "Do I Stand a Chance", and "Unwanted Love". CD features 9 more bonus tracks from singles – including "Make Up For Lost Time", "I Need You More Than Ever", "Hung Up On Your Love", "I'm Calling You", "Dawn Of My Life", "Out My Back Door", and "Ease The Pain".  © 1996-2022, Dusty Groove, Inc.