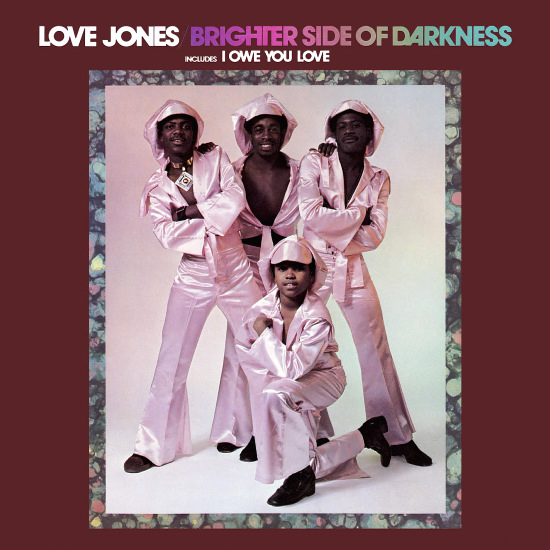 A tremendous bit of harmony soul from Chicago – one of the few cases where the Windy City really gave the east coast a run for its money – and the landmark album from teen soul quartet Brighter Side Of Darkness! Although young, Brighter Side managed to bring a depth to their work that was way more than kiddie soul – a heartfelt, heartbreaking quality that was all adult, no matter how youthful the themes – and their vocals are a perfect contrast to the fuller arrangements from producers Clarence Johnson and Johnny Cameron. The set contains the group's classic "Love Jones", still one of the best fragile harmony tracks of the early 70s – plus loads of other great numbers like "I Owe You Love", "I'm A Loser", "Just A Little Bit", and a superb remake of "Summer Ride".  © 1996-2023, Dusty Groove, Inc.