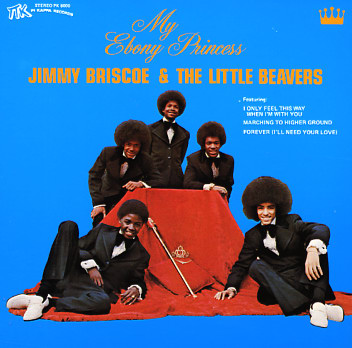 An east coast harmony classic from Jimmy Briscoe & The Little Beavers – a sweetly-voiced young soul group with a really positive sound! Jimmy and the group have a groove that's more mature than some of the other young soul acts to emerge in the wake of the Jackson Five – and the tracks on the set are a great balance of gentle ballads and more forceful numbers, done in modes that share a lot with some of the best New Jersey groups of the time, particularly those on the All-Platinum label. Production is full and rich – never too much so overpower the vocals, but with some wonderfully chosen instrumental touches from maestro Paul Kyser – but it's Jimmy's heartbreaking vocals that really drive the set. Titles include "My Ebony Princess", "I Only Feel This Way When I'm With You", "Theme From Forever", "Where Were You", "Pack Up", "My Fallen Angel", "Together", and "Country to the City".  © 1996-2020, Dusty Groove, Inc.