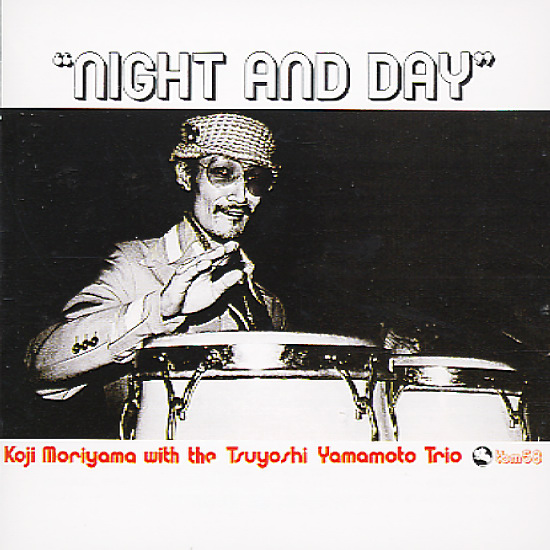 A real swinger of a record – one that features vocals and conga work by Koji Moriyama, with backing by the piano trio of Tsuyoshi Yamamoto! Given that Yamamoto's style is usually a bit more spare and laidback, it's nice to hear him grooving in a setting like this – as Moriyama's a hiply swinging vocalist, with a style that's clearly influenced by earlier work by Bobby Troup or Jackie Paris – never too over the top, but cool enough to swing in all the right spots! Vocals are in English, slightly accented, and titles include "For Once In My Life", "Night & Day", "The More I See You", "There'll Never Be Another You", and "Bye Bye Blackbird".  © 1996-2021, Dusty Groove, Inc.
(Out of print, Blu-spec CD pressing – includes obi.)