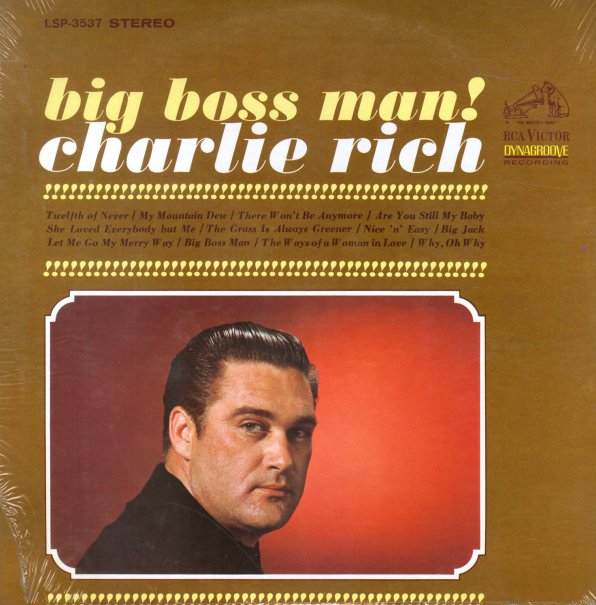 One of the rare RCA sides from Charlie Rich – great work that echoes his time at Smash, and points the way towards the early Epic years – with titles that include "Big Boss Man", "Big Jack", "She Loved Everybody But Me", "Are You Still My Baby", "Nice N Easy", "Why Oh Why", and "Let Me Go My Merry Way".  © 1996-2021, Dusty Groove, Inc.
(Mono pressing with deep groove. Cover has light wear and aging.)

Country Love Songs
RCA, 1968. Very Good+
LP...$9.99
An unusual album from John D Loudermilk – often known as one of the hipper songwriters in Nashville during the 60s, but here mostly singing songs by other folks – although with really unusual phrasing in the vocals, which almost makes the sentiment feel ironic! LP, Vinyl record album

Language Of Love
RCA, 1961. Very Good+
LP...$11.99
Wonderful early work from the great John D Loudermilk – one of the quirkiest songwriters to ever record for RCA! Titles include "The Great Snowman", "Mister Jones", "What Would You Take For Me", "Two Strangers In Love", "Song Of The Lonely ... LP, Vinyl record album