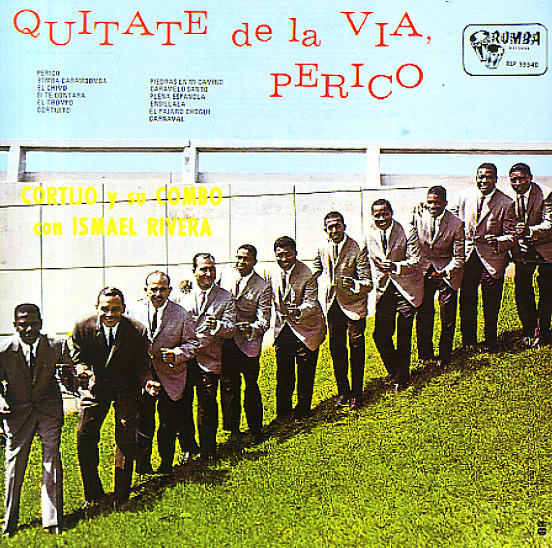 Classic material from Cortijo's legendary combo with Ismael Rivera on vocals – one of the first records to really showcase the great sounds coming from the Puerto Rican scene in the early 60s! Rhythms are plenty lively – as Cortijo's group has the same sharp focus as the early Joe Cuba Sextet – a really strong emphasis on rhythms that can always be depended on to keep things moving. Rivera's singing is excellent to – with that nascent soul that would come into focus much more sharply in the late 60s, as countless other Latin vocalists really picked up the Puerto Rican sound! Titles include "Cortijito", "El Trompo", "Bomba Carambomba", "El Chivo", "El Pajaro Chogui", "Caramelo Santo", "Piedras En Mi Camino" and "Perico". CD features the bonus track "Druma Cuyi".  © 1996-2021, Dusty Groove, Inc.