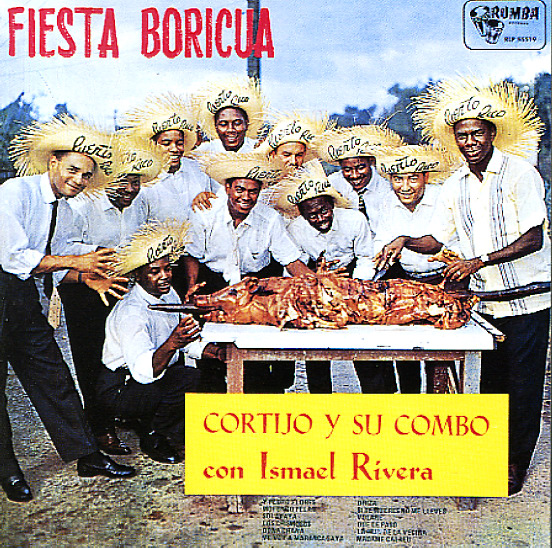 That's a pretty festive pig roast taking place on the cover of this one – and the band's got an equally festive groove to match! The set bristles with all the sharp energy we love from the early Cortijo albums – a tight, percussion-heavy approach to Latin grooves – one that's a rougher contrast to some of the polish on the New York scene of the early 60s – speared through with soulful vocals from a young Ismael Rivera! The album's a cracker throughout – filled with lively tracks that never seem to let up the groove – and titles include a great Latin jazz version of "Volare", plus "Oriza", "Que Le Paso?", "Mofongo Pelao", and "Solavaya". CD features the bonus track "Yayabo".  © 1996-2021, Dusty Groove, Inc.