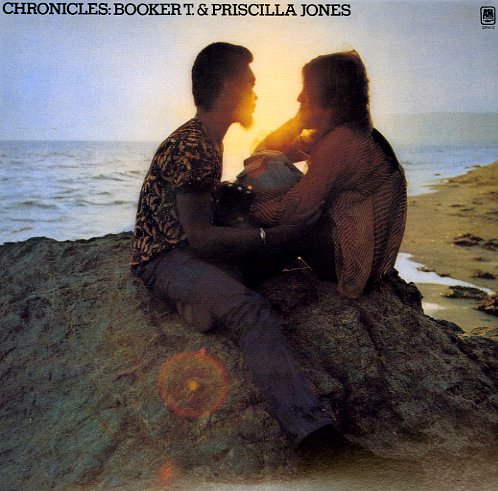 Booker T's definitely into a great new groove here – one that really extrapolates his Memphis roots through the haze of early 70s California – coming up with some wonderful sounds along the way! There's a definite A&M vibe to the record – that mix of rootsy modes and hipster polish that A&M was really pioneering alongside the Warner camp – and most of the instrumentation here is pretty stripped-down and laid back – sometimes played all by Booker in overdubs, sometimes with added studio help. Organ lines figure strongly, but not always – and vocals are mostly duets between Booker and Priscilla – on titles that include "Rings Around The World", "When Two People Are In Love", "The Crippled Crow", "Time", "Wild Fox", "Fly", and "Mendocino".  © 1996-2020, Dusty Groove, Inc.
(Out of print, 2009 SHM-CD pressing – includes obi, replica inner sleeve, and numbered certificate with close up of the original labels!)