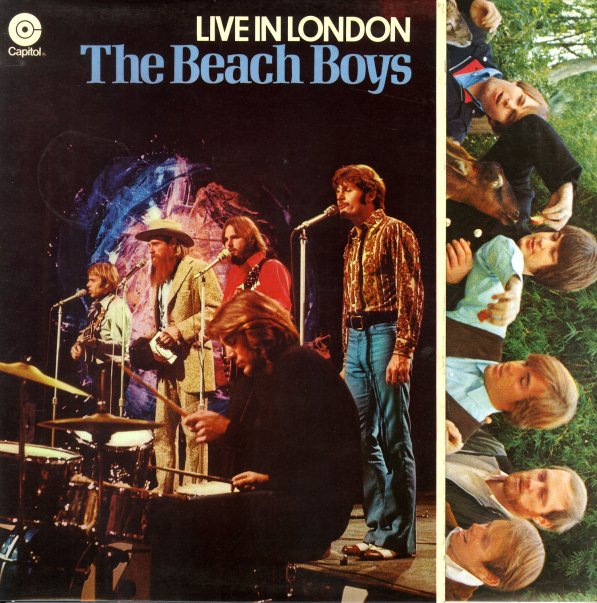 The Beach Boys live in London at the end of the 60s – working here without Brian Wilson in tow – as indicated by a postcard addressed to him back home, displayed prominently on the front cover! Despite Brian's absence, the group's still in fine form – harmonically tight, and returning to a number of earlier themes in their songs – singing in front of what must clearly be a hugely enthusiastic crowd, if we're to judge by the applause. The concert was something of a reminder to the group that they had plenty to offer, even through Brian's ups and downs – and in a way, it really set the stage for the reputation and touring the group would do strongly in the 70s. Titles include "Bluebirds Over The Mountain", "God Only Knows", "Their Hearts Were Full Of Spring", "Aren't You Glad", "Do It Again", "Wake The World", "Darlin", and "Wouldn't It Be Nice".  © 1996-2022, Dusty Groove, Inc.
(Really cool Dutch pressing – with a half-gatefold cover that looks a lot cooler than the US version!)