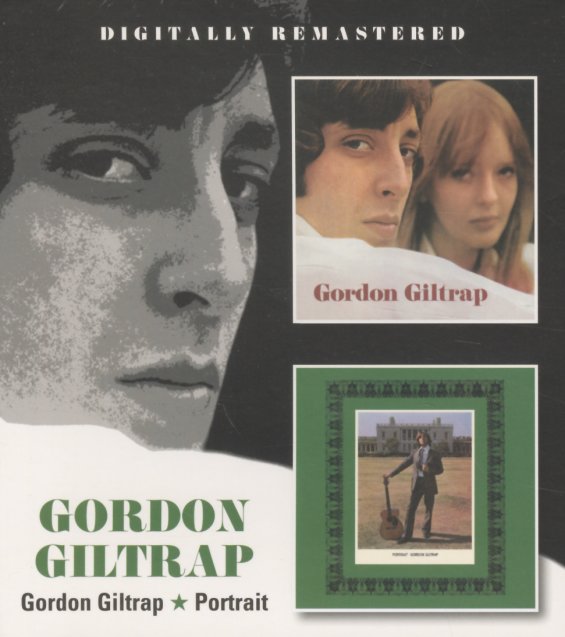 A pair of early albums from the great Gordon Giltrap – both released by Transatlantic Records when Gordon was a very young fellow! The self-titled Gordon Giltrap is a gem from 1968 – a record that has Gordon stepping out as a hell of a guitarist, and a very dark-tinged songwriter – certainly of the generation that was budding with John Renbourn and Bert Jansch – but with a distinct quality that really set Giltrap apart from the rest, maybe making him as much of an individualist as Davy Graham! Although just 18, Giltrap's acoustic guitar work is fantastic– and his vocals are much more biting than some of his contemporaries – almost mean at times. Titles include "Window Pattern", "Blythe Hill", "Won't You Stay Awhile Suzanne", "Don't You Feel Good", "Birth Of Spring", "Don't You Hear Your Mother's Voice", and "Ives Horizon". Portrait is an amazing record – at one level filled with mastery of the 12 string guitar has has Gordon Giltrap matching the best of the Takoma generation in the US – but also graced with vocals that are very distinct, very pointed, and which make the tunes with lyrics such a contrast to the instrumentals! The whole thing is fantastic – a true testament to the legend that has grown up around Giltrap over the years – with titles that include "Thoughts In The Rain", "Never Ending Solitude", "Young Love", "Lucifer's Cage", "Portrait", "Tuxedo", and "Hands Of Fate".  © 1996-2021, Dusty Groove, Inc.