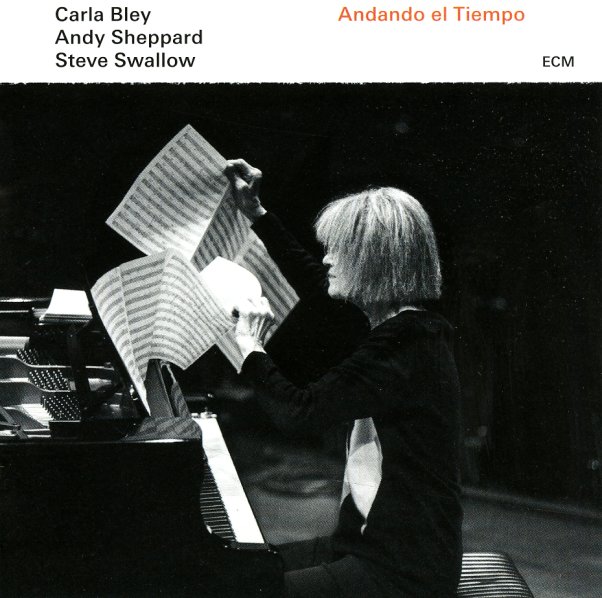 A beautiful trio session from Carla Bley – with longtime partners Andy Sheppard on tenor and soprano saxes and Steve Swallow on bass – whose work together has only gotten more lyrical, poetic, and sublime over the years! The 3-part "Andando El Tiempo" builds beautifully in sound – from haunting and meditative, to knowingly sad (though no less beautiful), to brighter and hopeful in mood over its 3 longish pieces. "Saints Alive" is a slow-building gem itself, with the most brilliant interplay between Bley's piano and Swallow's bass of the entire session, and the closer "Naked Bridges/Diving Brides" evokes a variety of moods in its long run on the record. Inspiring work from a longtime favorite composer!  © 1996-2021, Dusty Groove, Inc.
(Includes slipcase.)