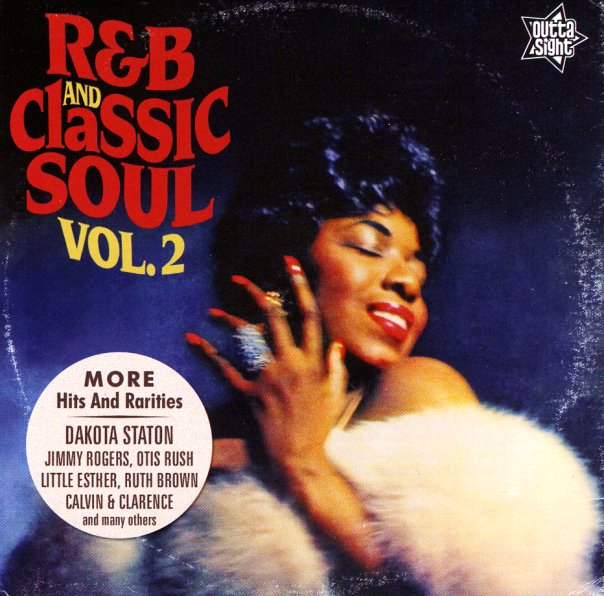 Great gritty grooves from this wonderful series – a sublime set of R&B tracks, but all chosen from the perspective of later soul music too! The tracks are a nice change from the older style R&B compilations – as they all have a great little groove, and plenty of elements that really point the way towards 60s soul – both in the instrumentation and the really great vocals over the top! We totally trust the Outta Sight label for their choices in Northern Soul – and with sets like this, we find we can equally trust their choices in older music too – thanks to a sweet set list that includes "I Really Love You" by Jeanie Allen, "Homework" by Otis Rush, "I'm Shakin" by Little Willie John, "What Have I Done" by Jimmy Rogers, "Just Like You Like It" by Clennt Gant, "What A Mess" by Bobby Adams, "Gonna Catch Me A Rat" by Milt Trenier, "I'll Have To Let You Go" by Sally Stanley, "Crap Shottin Sinner" by Cile Turner, "Keep A Callin" by Paul Perryman, "I Want You Here Beside Me" by Johnnie & Joe, "Oriental Garden" by Ramona King, and "Lost In Sin" by Spirit Of Memphis.  © 1996-2021, Dusty Groove, Inc.
(Note – artwork is wrinkled from some light water damage.)

Fulfillingness' First Finale (Japanese SACD pressing)
Motown/Universal (Japan), 1974. Used
CD...$39.99 (LP...$14.99)
A fantastic 70s classic from Stevie Wonder – part of a great run of records in which he broke completely from his earlier Motown sound – and showed the world that he was one of the true musical visionaries of the decade! The righteous currents of his previous few albums are fully in ... CD