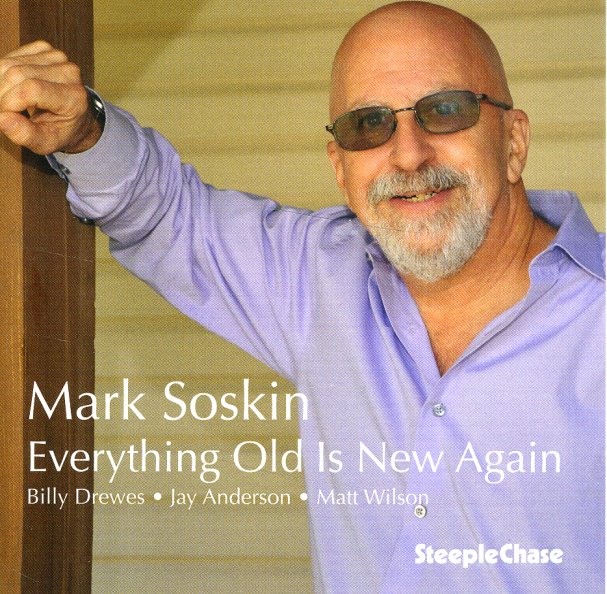 Everything Old Is New Again

A beautiful set of mostly original music from pianist Mark Soskin, and a set that draws equal strengths from the soprano sax and bass clarinet of Billy Drewes – who plays with a great style that mixes lyrical modes with more of an edge – a mode that's a really wonderful complement to Soskin's piano! There's a slow-building sense of growth to most tunes – tracks that have a nice way of building up, finding their sound, then really flowering once the time is right – as the Soskin/Drewes pairing is given just the right sort of rhythmic pulse from Jay Anderson on bass and Matt Wilson on drums. Titles include the originals "Chutes & Ladders", "Tribute", "Once More", "Elvin's Tune", "Stretching", and "Hymn For Her" – plus versions of "Pretending To Care", "Happy House", and "Guinnevere".  © 1996-2021, Dusty Groove, Inc.